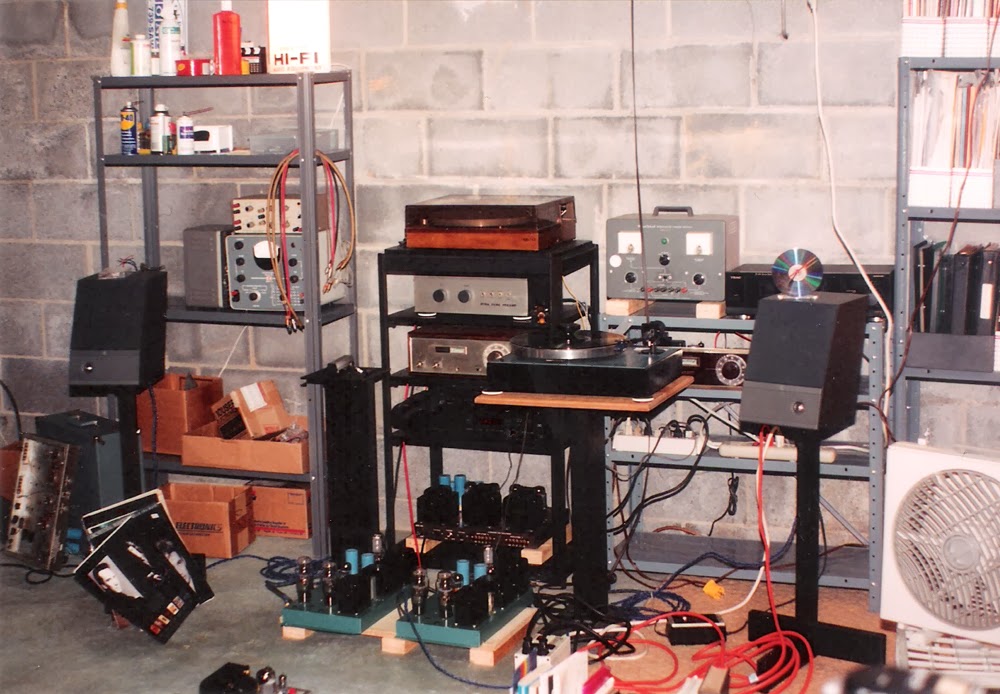 The front end consisted of two belt drive suspension turntables - a Thorens TD150 with a Rega RB250 arm and a Merrill modified AR with a Sumiko Premiere MMT arm. Cartridges were a Grado ZTE + 1 and a Signature 8MZ. FM was provided by a Scott LT110B tuner and a cheap CD player rounded up the source components. 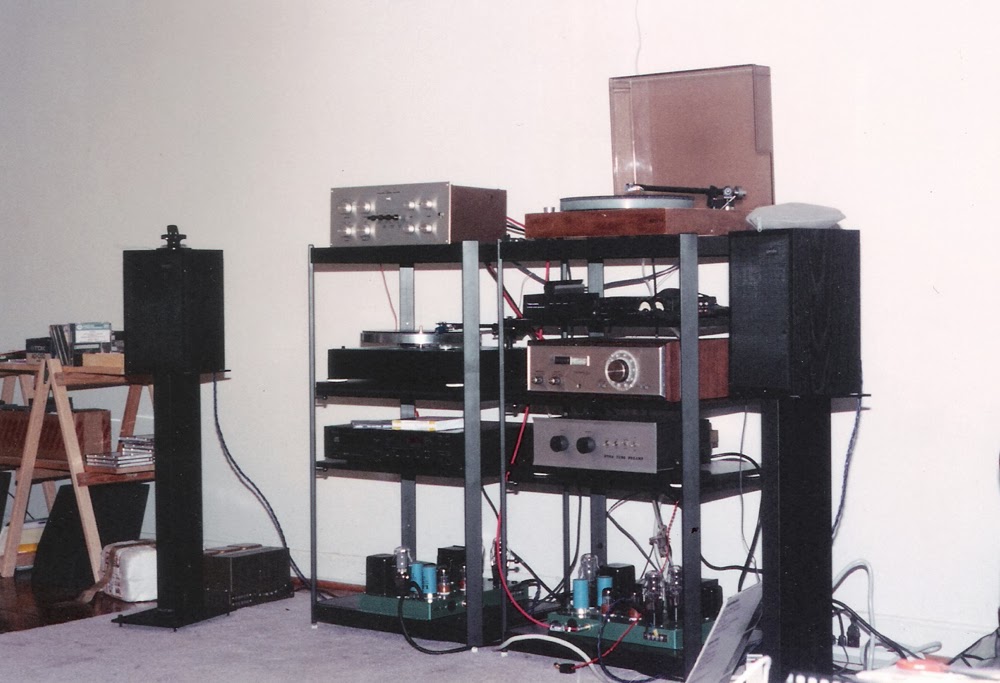 ca. mid '93 -'early '94
I finally got my Spendor LS3/5A shipped from Manila and the PP2A3 monoblock amps were now fitted with Peerless 16309 output transformers. I also tweaked the operating points of the amplifier based on lessons I learned along the way. The LS3/5A sounded pretty good driven by an 8 watt class A amp. I was not very happy with the sound using the Heathkit tube regulated PS so I reverted back to a tube rectified CLC PS for the preamp. 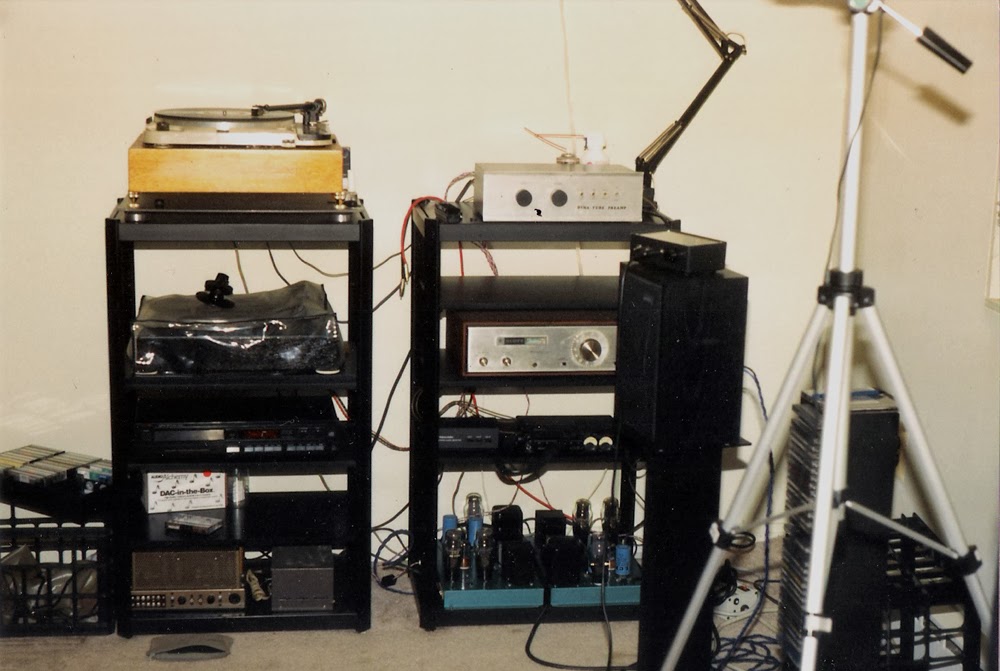 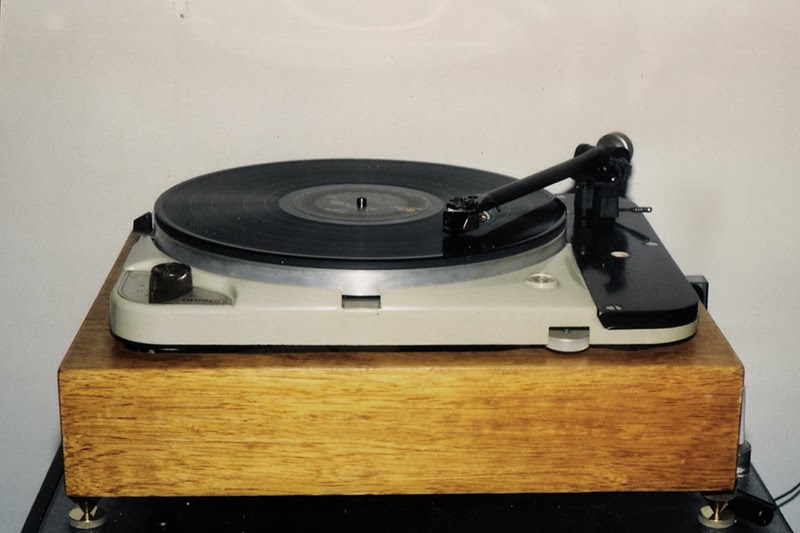 This is my TD124 which I bought at an antique auction in the late 80s for $1. It originally came fitted with an Ortofon SMG212 which I foolishly sold ;( I still had a lot of learning to do... 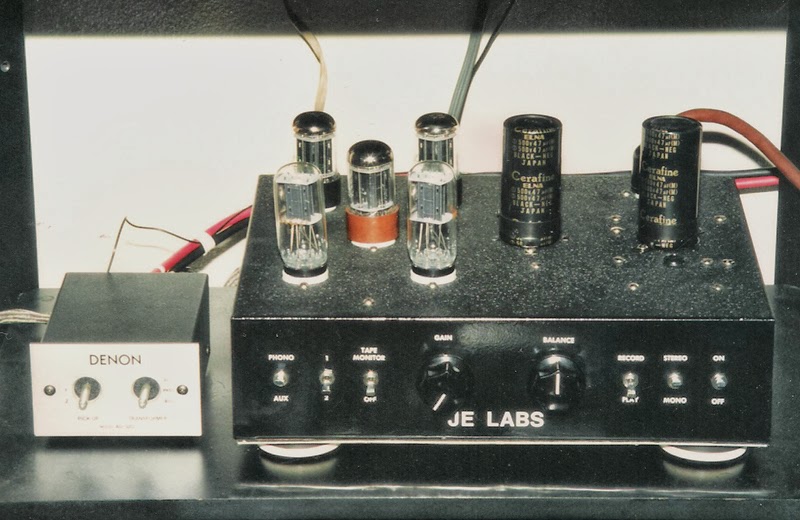 I started working on an octal preamp in '93 but could not iron out some bugs. Performing and teaching activities kept me away from the test bench. But by early '96 I succeeded in completely debugging the preamp. Using a Denon AU320 step-up, I also started listening through a Denon DL103 cartridge. More preamp and MC step-up info 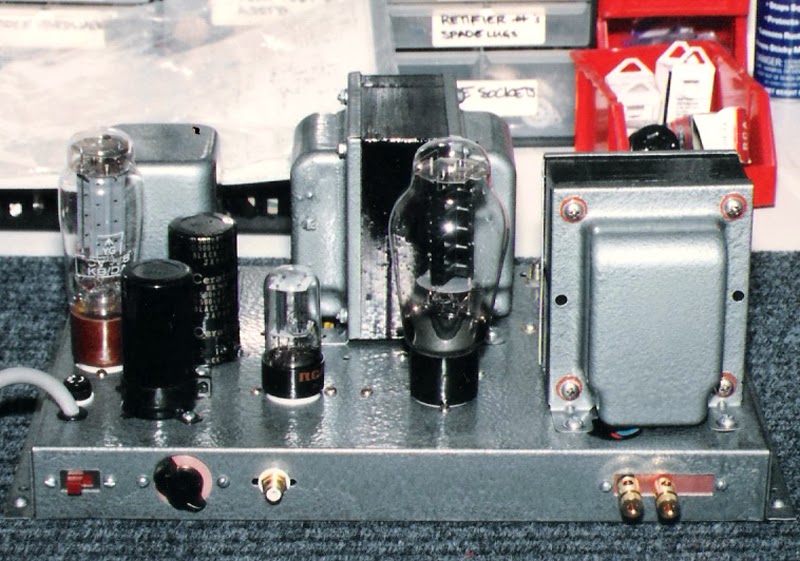 As soon as my preamp was sorted I started prototyping an SE300B amp which became the JEL Classic SE300B amp. This amp also did a good job of driving the LS3/5As in a small environment. 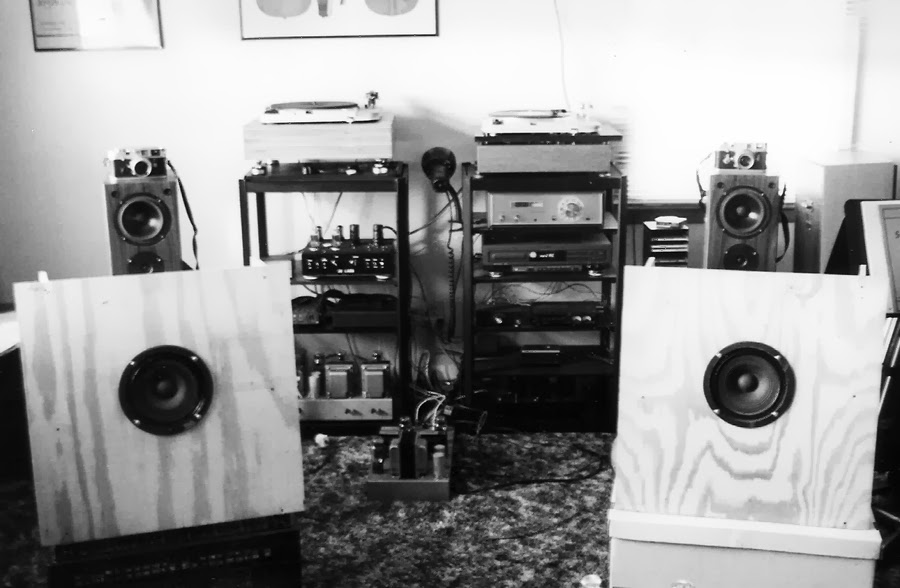 In mid '96 I moved into an apartment where I would reside for the next 12 years. I was in search of a high efficiency speaker system. Behind the 2 ft. square baffles with Altec 755C is a pair of AES 5.2 TQWT and somewhere in the back was a pair of Diatone PM610Cs in original bass reflex cabinets. In the picture above, I had just decided that it was worth pursuing the Open Baffle route. 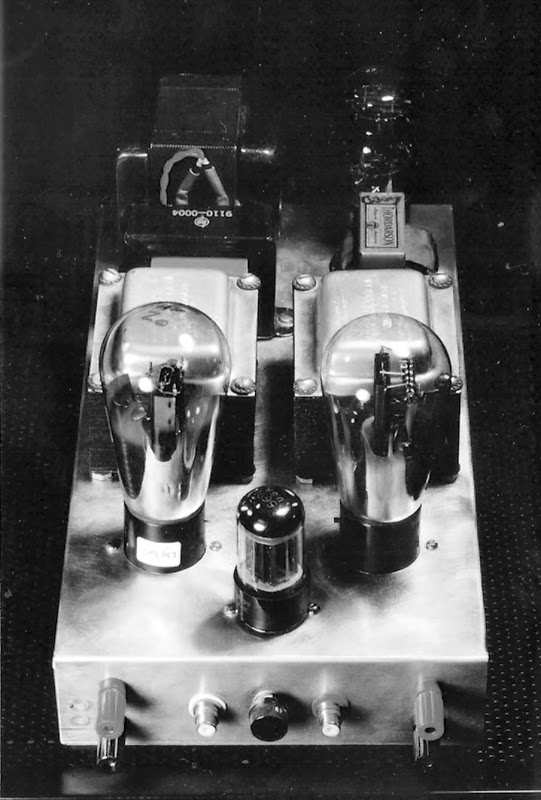 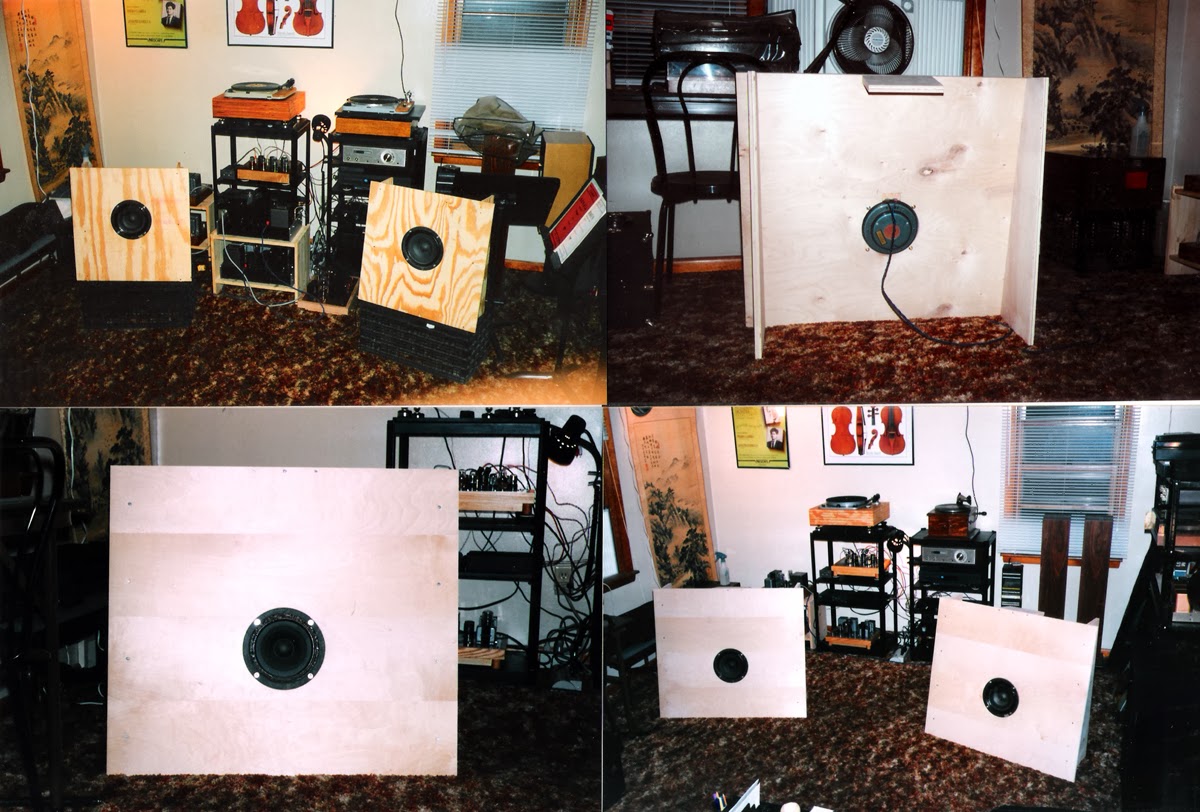 With these speakers I felt confident I had a pair of monitors for evaluating the sonic merit of my circuits. Besides, I had access to Ding's Altec 604-8G/OBs or Petite Onken when I was in NYC for gigs. 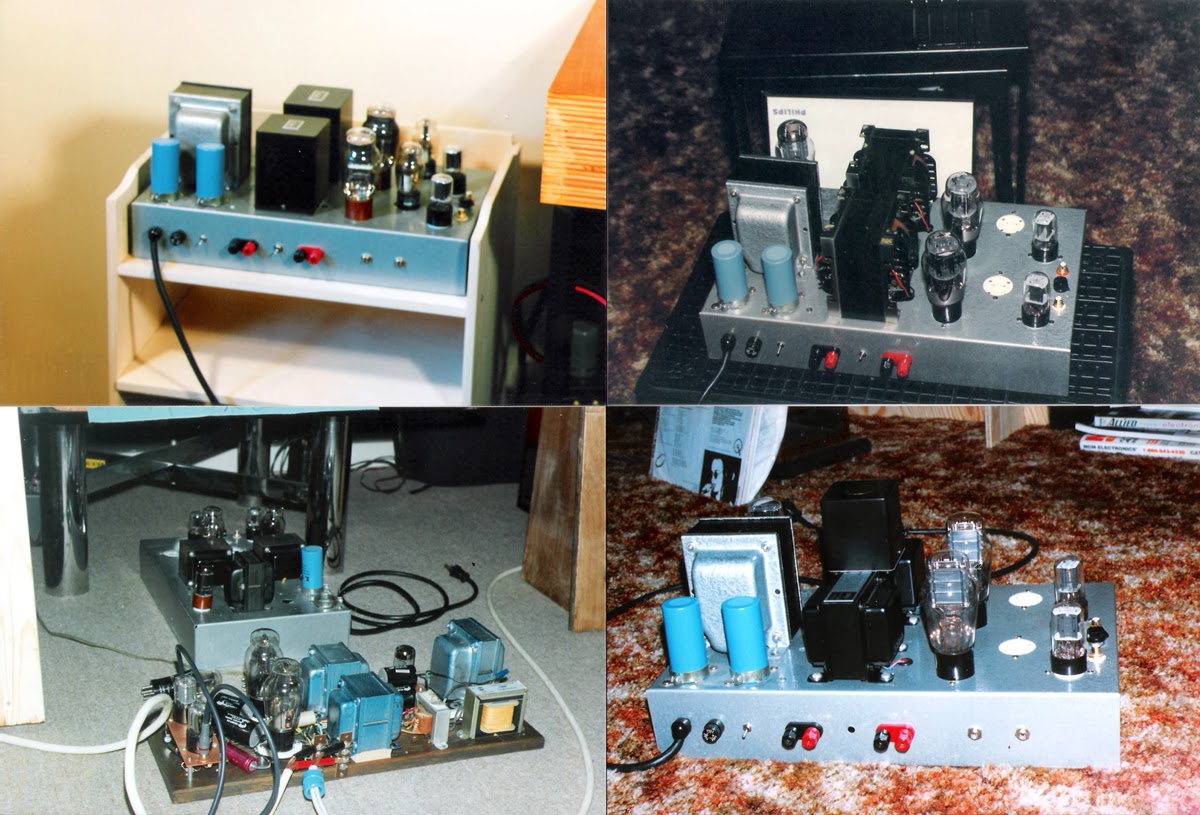 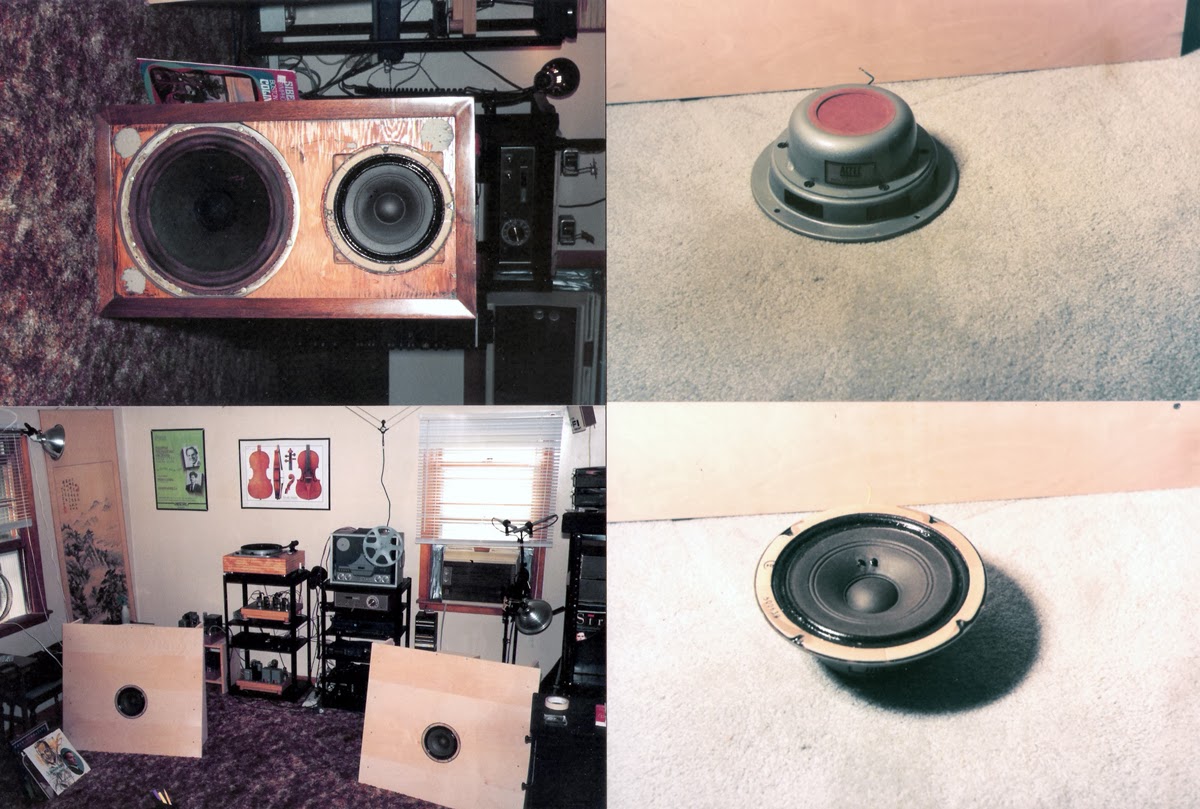 Altec 755A
Within a couple of months I was able to put together a pair of Altec 755As. Both units came out of an AR1 speaker. I also acquired a grey Garrard 301 which I initially fitted with a Fidelity Research FR64x tonearm.

I sent pictures of my system to Joe Roberts and a few days later he called about featuring me as Homebrewer for Sound Practices Issue 17. 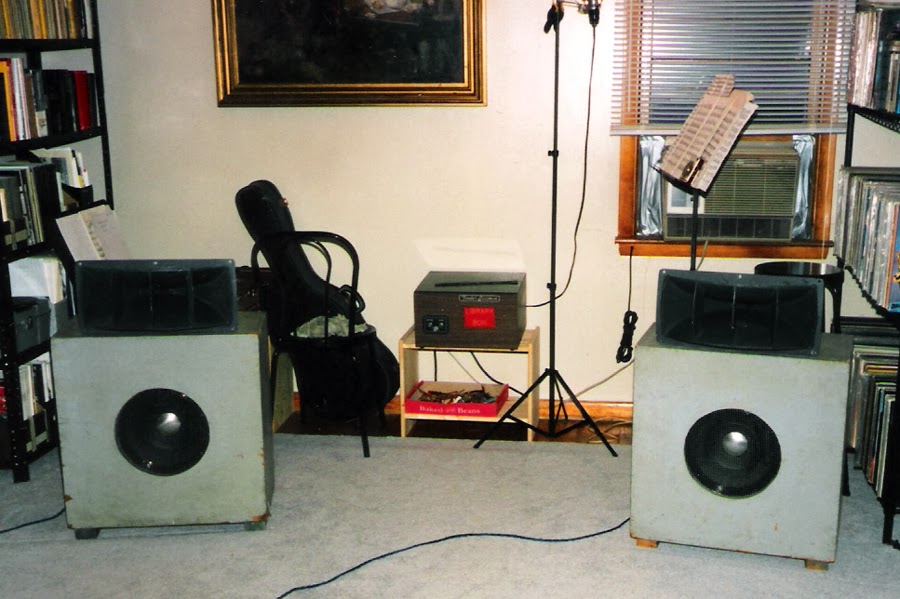 Meanwhile I had my sights on a speaker project of even greater efficiency. But the hideous looking carpet had to go and I had to rearrange things ;)